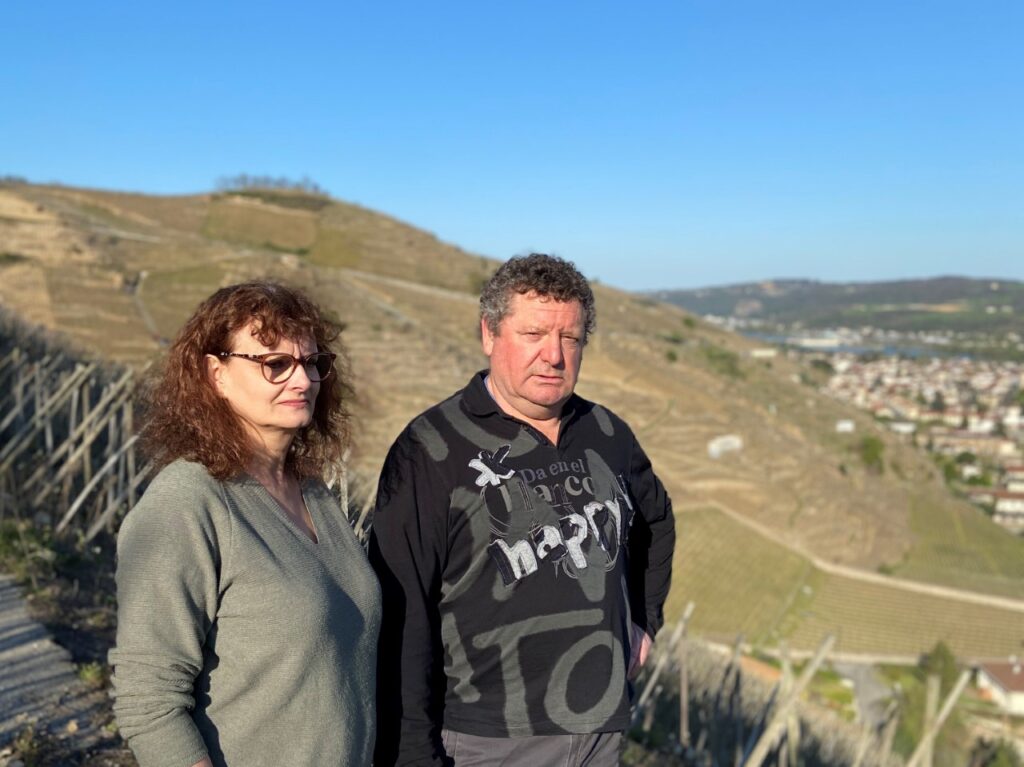 Located in Ampuis, heart of the greatest Côte-Rôtie, the Domaine Jasmin is extended on 6 hectares divided in 11 parcels on 8 localities. Patrick Jasmin, 4th generation of the family at the head of the estate since 1978 does not follow the fashion of multiplying fragmented selection and numerous vintages. He chooses to create only one vintage which is a truly assembling wine.

At the end of the 19th century, Alexandre Jasmin left his region of origin, Champagne, to settle in Côte-Rôtie. Cook at the castle of Ampuis, he decides to start cultivating the land and buys plots of land from the owners of the castle of Ampuis. He then owns a hectare of vines on a plot called La Chevalière, which sets the milestone for Domaine Jasmin.

His son Joseph took over the reins of the farm at the start of the 20th century. He continues his father’s viticultural and market gardening work. At the time, viticulture represented a very small part of the operation, but Joseph then presented his vintages at the agricultural fair.

Georges, Joseph’s son, enlarged the vineyard by 2 hectares. His own son, Robert Jasmin, took charge of the estate in the 1950s, after the return from the Algerian war, at the age of 22. The latter further enlarges the vineyard by one hectare, while continuing his fruit activity. Patrick, his son, worked on the estate in 1972. When his father died, he rented an additional hectare of vines and was at the head of a 5.8 hectare farm.

At that time, the Côte-Rôtie became known and appreciated, especially abroad, in part thanks to the Guigal house, which contributed a lot to the reputation of the AOC. Patrick Jasmin then has English and Viennese importers. It then becomes much more profitable to cultivate vines, and the latter largely abandons the market gardening activity of Domaine Jasmin.

The Côte-Rôtie from this estate is much more for finesse than for power. With an elegant and supple style, endowed with a fresh and distinguished aromatic palette, not very concentrated but of good length, these wines can be drunk quite young and give their full potential at the table where their elegance works wonders.